A Breath of Fresh Air Aug 9

This week: He’s a guitarist who’s played with Roxy Music since 1972; he’s produced albums and tracks for David Gilmour, Pink Floyd and Rod Stewart as well as for New Zealand’s Split Enz. Today Phil Manzanera has a new solo album out and joins me to talk about it on the eve of Roxy music’s 50th anniversary. 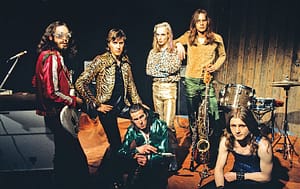 In 1965 in Cleveland Ohio, a band called Tom King and The Starfires pooled their meagre resources to record an original song. The tune was called  “Time Won’t Let Me” and the song began to receive radio airplay. The band became an overnight hit-sensation and the band became known as The Outsiders. We meet Ricky B this week  to hear all about those heady teenage days.

He’s a twelve-time nominated and two-time GRAMMY Award winner. He’s sold more than 40 million albums, has been making music for 60 years and was inducted into the Country Music Hall of Fame in 2019. Let me introduce you to Ray Stevens whose music I certainly grew up with –and I know you probably did too. What a treat doing an interview with Mr Gitarzan. Don’t miss hearing how all of those famous comedy songs came about and what Ray is up to today.

Join me won’t you? And if you’d like to hear from someone from this era – just send me a message through the website www.abreathoffreshair.com.au I would LOVE to hear from you!

A Breath of Fresh Air Nov 29

A Breath of Fresh Air Nov 22

A Breath of Fresh Air Nov 15