These ARE NOT be the classic 10 minute hype the latest music interviews. Dennis the Menace talks to bands and artists in the casual, conversational style he has become well known in his over 30 years as an air personality. The interview is followed by the now famous “Musical Sandwich”: Two of the artist’s songs as the bread and anything they want to play by other artists as the “fillings” in-between. Fact is musicians make the best D.J.’s!

From Brit Pop, to American Power Pop, singer/songwriters to bands and “collectives”, major label to indie, if DTM thinks it’s great songwriting, and melody, adding up to the kind of music that makes him say “Omigod!” he plays it – usually days after he gets it! 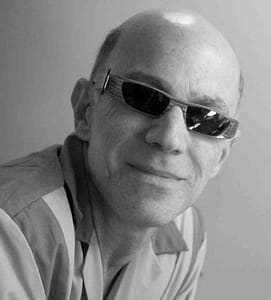 Who is Dennis The Menace?

The story goes something like this. DTM listened to a lot of legendary New York City radio as a kid. Top 40 WABC. Progressive WNEW-FM. He also won a lot of “guess the song contests” that brought him into real radio studios where he decided he would be as good as the D.J.s he idolized! In 1972 the tender age of 15, Dennis the Menace auditioned for and was given his very own “Top 25” show on the first cable radio station in the U.S. (His parents drove him to the station!). Soon after, he was written up in the local newspaper as “New York’s Youngest D.J.” and that was the beginning of over 40 years on the radio!

He has been on the air in New York, Florida, and as co-host of “Music Scene” on KISS-108, Boston where his interviews for the show also were heard on the “Rolling Stone Continuous History of Rock and Roll.” Today he is host/producer of two syndicated specialty radio shows broadcast from his Menace Studio in San Francisco. Starting with the Talking Heads in 1977 and some 600 interviews later, he considers his regular conversations with rock and rollers of note one of the most joyous parts of his life – only second to his daughter Kate! When he’s not on the radio, he’s a Consulting Creative Director, Writer, Producer for advertising and brand clients, Founder and Creative Director of a music content company for brands: PopCult and Creative Director for a new treat called Cat Sushi! And yes, he sleeps.

Blast From The 00s

Blast From The 90s

Blast From The 80s