A Breath of Fresh Air Sept 6

For self taught bluesman, LARRY MCCRAY, his latest success is bittersweet. The 62 year old has recently been taken under the wing of  guitarist Joe Bonamassa who has helped him cut his latest album Blues Without You. We catch up with Larry and hear all about his roots and what he sees as the future of the Blues. 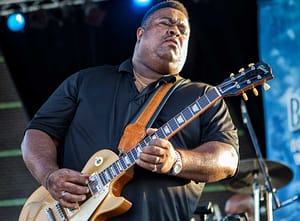 Meet BILL PASCALI,  a singer known as the ghost of rock n roll. You may not have heard his name but he’s best known for carrying on the legend of that one hit wonder group, STEAM, into current times. You remember Steam don’t you? Or at least their monster hit? Bill debunks all the myths around the track and the band.

His dad was known as The Father of Rock and Roll but he was no father to his own son. BILL HALEY JR has a new book out about his legendary dad and tells us that all Bill Haley wanted to do was get kids up and dancing again. Join me to hear that despite Bill Haley being way ahead of his time, playing ‘race music’ with a ‘hillbilly touch’ he enjoyed success for only a few short years before Elvis pipped him at the post and his life was tragically cut short.