A Breath of Fresh Air Aug 23

If you’re a fan of 80’s music, you’re likely a huge fan of English new wave band, SPANDAU BALLET. The group was inspired by London’s post-punk underground dance scene and became one of the most successful groups of the New Romantic era. We meet lead singer TONY HADLEY who tells us all about it. 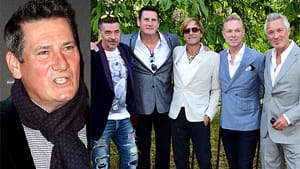 My next guest has been dubbed “The First Lady of Roots Music” for albums that touch on her wide-ranging influences. On her latest excursion, MARIA MULDAUR teamed up with a New Orleans street-band. She’s had a long and storied career but is known around the world for that one particular song about a camel. You know the one I mean, don’t you?

This week’s listener’s choice is one of Australia’s consummate hippies and most beloved musicians, RICHARD CLAPTON. The uber cool Richard joins us to walk us through his long career and regales us with stories of his past and present and his hopes for the future.

Do you have an artist you’d like to hear from? Just send me a message [email protected]abreathoffreshair.com.au and I’ll do my best to get your favourite 60’s, 70’s or 80’s artists onto the show and interview them.